Haj Nasser Ntege Ssebagala was pronounced dead at International Hospital Kampala (IHK) where he was admitted three weeks ago.

Latif said his brother had an accident in the bathroom before he was rushed to IHK. It was reportedly discovered that he (Ntege Ssebagala) had got an intestinal obstruction.

“Our brother (Nasser Ssebagala) fell in the bathroom three weeks ago and was rushed here at IHK. It was discovered that he had got an intestinal obstruction and was pronounced dead this morning,” Latif Ssebagala said before adding that he will be buried tomorrow (Sunday) in Kisaasi.

“He has been our father because he is the heir to our father and we shall greatly miss him. We pray to the Almighty Allah to forgive him where he has gone,” he added before breaking down.

Hajji Naser Ntege Ssebagala was Mayor of Kampala between 2006 and 2011.

He was also an independent presidential candidate in the 2006 general election before dropping out and joining the Kampala mayoral race which he won during that time.

Ssebagala’s business interests grew over time and in 1998, he began his political career by running for the position of mayor of Kampala. Ostensibly a member of the Democratic Party, Ssebagala won the first direct elections for mayor of Kampala in 1998, beating two government-sponsored candidates. 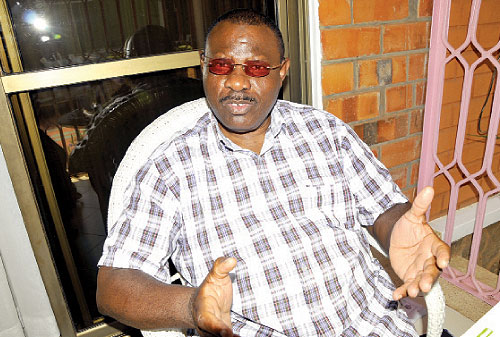 His Arrest in the U.S

However, two months later, he was arrested in the United States on eight counts of fraud and lying to U.S. customs officials.

In February 1999, he received a 15-month sentence but was paroled in December 1999. He returned to Kampala in February 2000 to a warm welcome and considered a bid in the 2001 presidential elections.

In mid-December 2005, he broke with the Democratic Party (DP), after he came third in the party presidential primaries, which was won by Ssebaana Kizito, and registered himself as an independent. A week later, Ssebagala reversed himself, withdrawing his candidacy and announcing his support for Kizito. When he lost the Democratic Party nominations to Mr Norbert Mao in 2010, he quit the DP and formed his own party.

Before his death, Ssebagala had expressed interest in contesting for Kampala Lord Mayor seat in the 2021 general election.
He had said he would challenge the current Lord Mayor Erias Lukwago on the National Unity Platform (NUP) led by Kyadondo East MP Robert Kyagulanyi alias Bobi Wine.