Famous Footballers Who Were Born On 22nd February 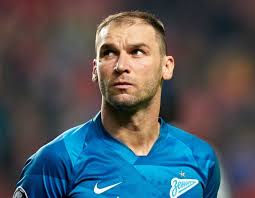 Blanislav Ivanovic is  a Serbian professional footballer who  plays for  West Bromwich Albion in the premier league.

The  former  chelsea defender was born today on 22nd February,1984 at Sremska,Serbia and he is Celebrating his 37th Birthday.

Ivanovic  is versatile  defender because he can play a Right Back, Left Back as well as Centre –Back.

He got married to  Natasha Ivanovic in 2008  and the two love birds have one child Stefan Ivanovic.

Ivanovic  and Manchester United’s Nemanja Matic are one of the Serbian players who played for Chelsea.He played for the Blues between 2008-2017 and joined Rusian Side Zenit Saint Petersburg (2017-2020), before Returning to England to join West Bromwich Albion last year. At West Brom, he was handed Shirt number 20.

Ivanovic played for the Serbian National Football team 2005-2018 and managed to score 13 goals in 105 games. 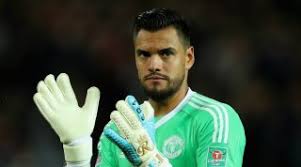 Sergio German Romero is an Argentine footballer who plays as a goalkeeper for Manchester United in the Premier League.

Romero has turned 34 because he was born on 22nd February, 1987 at Bernardo de Irigoyen, Argentina.

He joined the Red Devils in 2015 from a Italian Side Sampdoria. Romero puts on shirt number 22 at Manchester United.

His spouse is Eliana Guercio and they tied the knot in 2008.In this Marriage, They are blessed with two children, Chloe Romero and Yazmin Romero.

Since he made his debut at the Argentina National team in 2009,Romero  has made 96 appearances sofar.

Romero Services have not been fully Utilised by the Red Devils coaches right from Luis Van Gaal, Jose Mourihno and Ole Gunnar Solskjear.

He fell in the pecking order of Manchester United goalkeeper because of the return of Dean Henderson from his loan spell at Sheffield United.He is now the third choise goalkeeper at the Club and because of this un fair treatment , he wants to leave and try his talents else where.