Kajoba was released from camp on Friday after attending Christmas Prayers contrary to the team rules that barred anyone from leaving camp as part of ensuring SOPs to prevent the Coronavirus were respected. 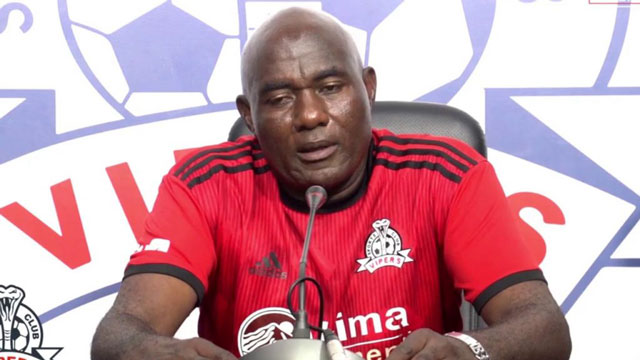 Kajoba, who also doubles as the head coach of the Kitende giants SC Vipers has been the Uganda Cranes goalkeeping Coach for a very long spell and has been to two Afcon tournaments (Gabon 2017 and Egypt 2019) as well as Chan (2014, 2016 and 2018).

He is well known for grooming Uganda’s Captain and Mamelodi Sundown shot-stopper, Denis Onyango. Uganda Cranes are currently camping at the Cranes Paradise Hotel in Kisasi where they commute for training at Lugogo under strict observance of the COVID19 regulations.

There was a private meeting chaired by FUFA President Moses Magogo that had fired Kajoba and Coach Mckinstry on Sunday at Kabira but it might have not produced fruits to see Kajoba reinstated.

It is not known whether Wassa’s appointment is permanent but will steer the team, alongside Jonathan Mckinstry, Livingston Mbabazi and Abdallah Mubiru at the CHAN mini tournament.

Wassa, recently was  a goalkeeping coach at Big League side Maroons FC, Onduparaka and Uganda Kobs (U23) brings experience to the team.

He is considered among the top three goalkeepers – alongside Denis Onyango and Paul Ssali – Uganda has ever produced.

Born to Nasur Dimba and Siama Arabba in Lugazi, He played for three league clubs – SCOUL, NILE and KCCA FC.

He will look to improve the three goalkeepers Joel Mutakubwa, Nafian Alionzi and Tom Ikara at the CHAN mini tournament due January 1-7 in Cameroon.

It was earlier anticipated that Ibrahim Mugisha, who has worked with Mckinstry in Rwanda, was to take up the goalkeeping coach role. 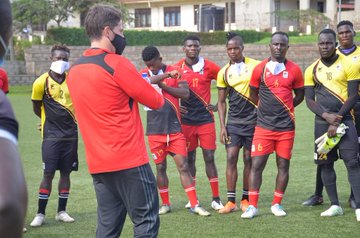 KCCA players have been left out at the moment as they are still involved in the CAF Confederations Cup qualifiers with their return leg set for January 6.

A couple of KCCA FC players are expected to join the team later in Cameroon before the final squad for the tournament is named.

Vipers SC forward Paul Mucureezi and Kitara FC striker Brian Muluuli Mayanja have not been included on the travelling squad.

Murushid Juuko misses out for obvious reasons after the defender pulled out of the team to undertake trials in South Africa over a possible move to top division side Maritzburg United.

But Tony Mawejje is included together with Police defenders Hassan Muhamood and Eric Ssenjobe who are awaiting their first involvement with the Cranes.

Uganda U20 striker Ivan Bogere has not taken part in training and remains absent on the squad, but fellow Hippos starlets Bobosi Byaruhanga and Aziz Kayondo are maintained for the tournament.

Meanwhile, Muhamad Shaban who had an injury scare last week looks to have recvered in time and makes the squad while Joseph Ssemujju is the other inclusion on the team.

The Cranes will to take part in a pre-CHAN tournament that includes Niger, Zambia, Uganda and hosts Cameroon from January 1-7, 2021.

Uganda is drawn in group B alongside neighbours Rwanda, Togo and defending champions Morocco for the CHAN tournament.