See here the 7 reasons to why Bobi Wine and Bebe Cool will never unite.

So man people in Uganda have been asking themselves about the unending beef between the self proclaimed Ghetto gladiator Bobi wine and the Bebe cool.
Their differences started way back and until today it’s still standing, at first it was musical, not until it elevated to political as one decided to take leadership side and Bebe Cool decided to support Bobi Wine’s competitor. Since the chances of uniting them are very low, let’s look into their early life and why they will be each other’s enemy.
1. Bobi Wine smoking marijuana.
As a ghetto child, Bobi Wine used to smoke weed in his early days and this greatly annoyed Bebe Cool to the extent that he went to capital fm radio in 2005 and attacked Bobi Wine over taking weed, this annoyed Bobi Wine and decided to even buy land in Seguku near chameleon’s home place and started to grow it.

2. The standard of living.
Remember Bebe Cool was a son of Jaberi Bidandi Ssaali who was a minister until 2004, so Bebe leaved an expensive life in Nagulu as Bobi Wine used to stay in the slums of Kamokya. The line between the rich and the poor  is also one of the reasons to why the two separated.

3. The Mazzi mawanvu song.
This was a song which was released in 2008 by Bobi Wine, Bobi Wine used this song to show off as he had completed his mansion in Magere and he had bought a brand new escalate. This annoyed Bebe Cool.
4. Zuena’s saga of 2008.
This was another great reason to why until today Bebe Cool is still annoyed of Bobi Wine, how did it? Read here.
Bebe Cool’s wife Zuena was a good friend to Barbie and as they were she asked Barbie to go and tell Bobi to help her talk with Bebe Cool so that he changes in his ways, after Barbie telling Bobi about the story, the ghetto gladiator called Bebe Cool at night and he told him these words “Bebe you have to listen to me because am the only hope for your marriage to survive’. Of course after few months Bebe Cool and the wife separated and quickly he ran to the studio and produced a song called “Agenze’. 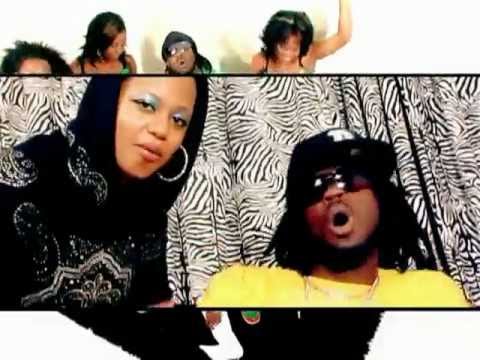 5. Wesortinge reply to agenze.
After Bebe releasing the agenze song, Bobi Wine quickly replied to him also through music with Wesortinge and some of the quotes in that song were “If you don’t use your brain as a man, we all take the blame ‘ in this song Bobi Wine advised Bebe Cool on the way he had to handle family issues in front of the public eye.

6. Kasepiki reply to Wesortinge.
It seemed like the Zuena saga was another twist to make stunt and draw attention of the people as this was the order of the day for these three artists. When Zuena came back, Bebe Cool immediately released a song called Kasepiki as he attacked Bobi Wine to why he includes himself in Bebe’s family issues.
“It’s my life, mind your business lwaki owujja Kasepiki kange’, Bobi Wine also hit the studio and released the “Mr. Katala’ song as a reply to Kasepiki.
this opened the gates for the 2012 battle of champions.

Also read: 5 secrets you didn&#8217;t know about Bobi Wine that will shock you.

7. The 2012 battle of the champions.
This also increased hate among the two artists as Bobi Wine and Bebe Cool went into a music battle to end their differences. The battle was held at Kyadondo Rugby grounds which attracted over tens of thousands of revealers.
Other songs were later released which directly attacked each other not until in 2015 when politics divided the two as Bebe Cool chose the side of Museveni and Bobi Wine chose the side of Besigye that was when their direct attacks ended.

WATCH MORE DETAILS ABOUT THIS STORY HERE IN VIDEO : https://youtu.be/InmhJMZ5tWY